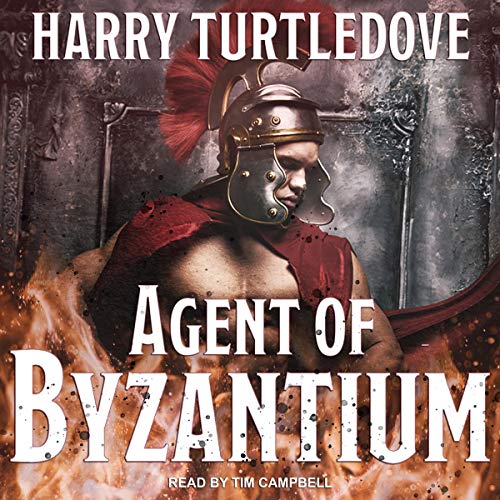 A dashing master spy takes on the enemies of the Byzantine Empire and discovers impossible inventions like gunpowder and telescopes in a magnificent romp from the maestro of alternate-history science fiction.

In another very different timeline - one in which Mohammed embraced Christianity and Islam never came to be - the Byzantine Empire still flourishes in the 14th century, and wondrous technologies are emerging earlier than they did in our own. Having lost his family to the ravages of smallpox, Basil Argyros has decided to dedicate his life to Byzantium. A stalwart soldier and able secret agent, Basil serves his emperor courageously, going undercover to unearth Persia's dastardly plots and disrupting the dark machinations of his beautiful archenemy, the Persian spy Mirrane, while defusing dire threats emerging from the Western realm of the Franco-Saxons.

But the world Basil so staunchly defends is changing rapidly, and he must remain ever-vigilant, for in this great game of empires, the player who controls the most advanced tools and weaponry - tools like gunpowder, printing, vaccines, and telescopes - must certainly emerge victorious.

A collection of interlocking stories that showcase the courage, ingenuity, and breathtaking derring-do of superspy Basil Argyros, Agent of Byzantium presents the great Harry Turtledove at his alternate-world-building best. At once intricate, exciting, witty, and wildly inventive, this is a many-faceted gem from a master of the genre.

What listeners say about Agent of Byzantium

A great Alternate History book, truly satisfying.
Touches on the many aspects as the world that came after the 600's and does them well, while always maintaining great characters.

Great set of short stories, really amazing, leaves me wanting more! The premise is interesting and makes for a fascinating read!

Very well written and researched. The stories are predictable and straightforward. But I haven't heard anything as good set in byzantium