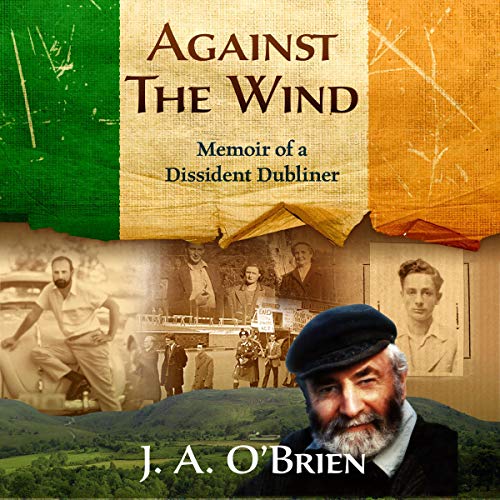 By: James A. O'Brien
Narrated by: Gary Furlong
Free with 30-day trial

Since this memoir was first published (December 2013), there have been enormous changes in the social and political life of Ireland. On issues like marriage equality and abortion law reform; all has changed utterly. From being a country ruled by an "oppressive native gombeen ascendancy" with the unwavering support of a rigid Catholic clergy, the youth of Ireland have now come into their own. But it was not always so.

Against the Wind: Memoir of a Dissident Dubliner is the story of life in the first 50 years after independence was won for a part of the island of Ireland. The times were financially tough and morally prude, with dissenters both north and south of the border few and far between. Intellectualism was suspect, and liberalism was often equated with communism. A wealth of varying and informative material and the ability to anchor the personal securely within the public domain gives this memoir a universal appeal.

In this amusing and perspective memoir, O’Brien, who is clearly a scholar of literature, drama, and history, weaves together the many threads of history and his own life to produce an informed tale that will interest many listeners well beyond the globe’s enormous Irish Diaspora.The narrative has all the ingredients for a compelling story - vivid and varied characters brought alive, compelling setting, and historical relevance and interest. The prologue whets our appetite for what is to come and the mixture of recollection, poetry, and historical information drawstrings the narrative together well. Astute observation and character portrayal are the strengths of the work, as is the accessible tone of the narrative voice in which the author employs a light touch that has just the right amount of wit and sobriety.

What listeners say about Against the Wind