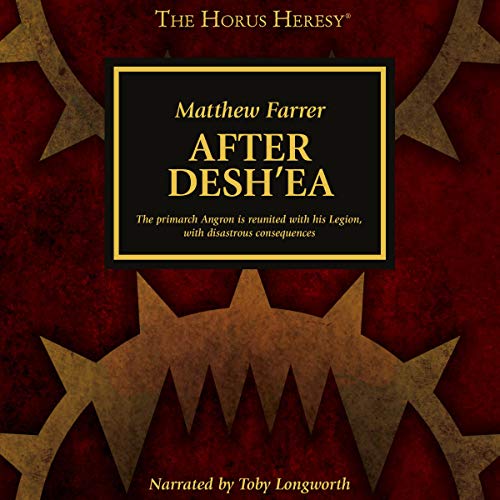 With the discovery of the lost primarch Angron came violence and confusion, and what should have been the defining moment of the War Hounds Legion instead became a humbling embarrassment.

As their senior officers fall one by one to the rage of the newly freed gladiator-king, it seems that they are doomed - perhaps their last chance for redemption comes in the form of the Eighth Captain, Khârn. Will this calm and level-headed warrior be able to lead his father into the Emperor's light, or will he join the rest of his Legion in death?

What listeners say about After Desh'ea