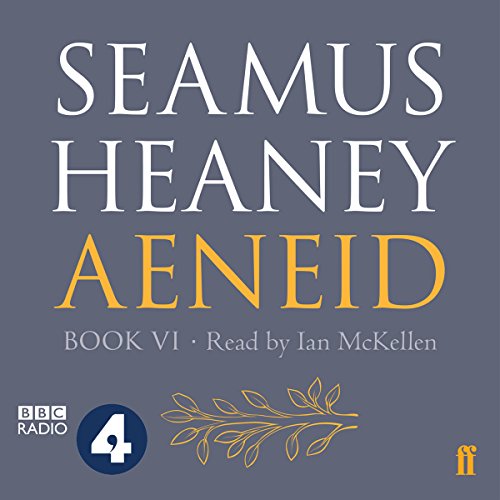 The sixth book of Virgil's Aeneid, in which Aeneas travels into the underworld to meet the spirit of his father, is a story that captivated Seamus Heaney from his schooldays. But the work took on a special significance for him after the death of his own father, becoming a touchstone to which he would return as an adult.

His noble and moving translation of book VI bears the fruit of a lifetime's concentration upon it: he began translating passages in the 1980s and was finalising the work right up to the summer of his death. It was, he said, 'a constant presence', infusing and inspiring his original verse, culminating in its impact with his final collection, Human Chain.

It seems almost miraculous to be able to publish a new work by Seamus Heaney after his passing, as if even now he were capable of offering his listeners a gift. That the gift should be book VI of the Aeneid only adds to the poignancy of a work that marks the end of Seamus Heaney's poetic journey.

"Heaney's occasional use of alliterative emphasis, familiar from his 'Beowulf', serves only to make it the more moving, the more his own. So here are those great stories anew for us: the entry into the underworld; the meetings with the lost helmsman Palinurus and the mutilated son of Priam, Deiphobus; Dido's snubbing of Aeneas - and Aeneas's attempt to embrace his father again: 'Three times he tried to reach arms round that neck / Three times the form, reached for in vain, escaped / Like a breeze between his hands, a dream on wings.' If, somehow, you have never read Virgil, start here, start now." (David Sexton, London Evening Standard)
"Every page is a testament to the poet Heaney was.... It is moving - in a painfully obvious way - to picture Heaney translating this, thinking about Virgil's words before his own death. It is a book about the impossibility of which we all dream - a reunion with people loved and lost.... But he never loses himself. We are reminded (as Father Michael McGlinchey would have agreed) that Seamus Heaney's place is at the top of the class." (Kate Kellaway, Observer )
"Heaney’s Virgil is, in fact, as elegant and polished as we might expect from this consummate craftsman." (Jeremy Noel-Todd in the Sunday Times)
"He renders it with tact and humility, less concerned with spectacular local effects than with an accumulating gravity, though the torments of the damned can be clearly heard: 'the savage / Application of the lash, the fling and scringe and drag / Of iron chains.'" ( The Independent)
"And, of course, he was a great translator from many sources. Fittingly, his posthumous book from the Aeneid may come to be recognised as his finest translation of all, as well as the one most personal to him. It has been produced very cherishingly by the poet’s daughter and publisher, with a beautiful gold-leaf-seeming 'Golden Bough' on its grey cover. It is Heaney’s passport to the literary future. Not that he needed one." (Bernard O'Donoghue in the Irish Times)

What listeners say about Aeneid