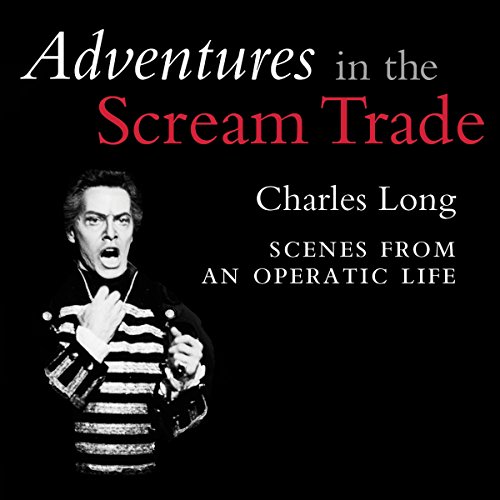 Adventures in the Scream Trade: Scenes from an Operatic Life

For over two decades Charles Long thrilled opera audiences, performing at some of America's and the world's most famous venues, and singing alongside some of its greatest stars. In his insightful, frank and humorous new memoir, Long recounts many of those experiences. In the process he sheds light into a world many of us respect, admire and love, but which few of us have ever encountered in such intimate detail.

"Opera singer Charles Long is a skilled wordsmith, and his narration adds verve and energy to his story. The result is a fun and enlightening listening experience. His elegant foreign accents add authenticity, with his best creation being, of course, himself. Particularly amusing is his colorful and frank description about being a straight guy in a world abounding with gay men. Also, his spirited account of the time he and his boss, an Italian restaurant owner, retreated to a back alley to settle a dispute over a microphone is amusing. Adding to the listening pleasure are gorgeous snippets of opera music." ( AudioFile)

What listeners say about Adventures in the Scream Trade: Scenes from an Operatic Life

Fascinating insight into the music world

This is a most interesting account of the life of an opera singer - from the early struggle to become known to the sad ending of a glorious career. The account is split up into episodes, rather than just a chronological account.
The stories are all most entertaining and cover the complete gamut of the operatic world.
At the beginning and end of each chapter there is a piece of music - it is most diverting to try to identify them (did not succeed with all of them!).
All in all, an excellent read - narrated by the author in person.