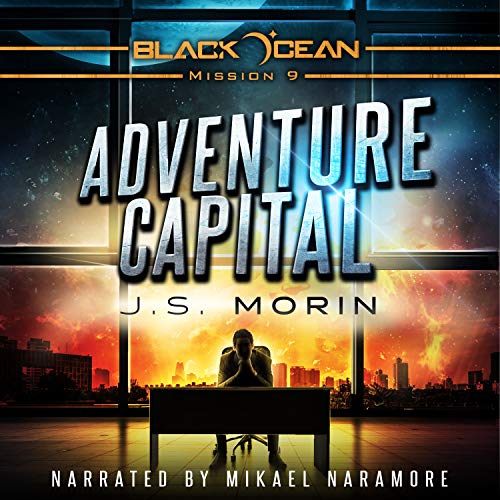 Carl Ramsey had a derelict battleship and a hundred stranded navy veterans fall into his lap. With Earth Navy happier pretending none of them existed, it seemed only logical to turn them into a criminal empire.

Of course when 95 percent of your employees have clean criminal records and by-the-book instincts, there are bound to be some bumps along the way. Never one to take failure lying down, Carl enlists the help of some old squadron mates to show the newcomers how to make a living on the wrong side of the law.

Unfortunately Carl has a blind spot for his fellow Half-Devils. Will one rogue take building a dangerous reputation too far and get them all killed in the process?

Adventure Capital is the ninth mission of Black Ocean, a science fantasy series set in the 26th century. Do you wish there had been a second season of Firefly? Do you love the irreverent fun of Guardians of the Galaxy? Have you ever wondered how Star Wars would have turned out if Luke and Obi-wan had ditched the rebellion to become smugglers with Han and Chewie? Then Black Ocean is the series for you!

Listen to Adventure Capital, and aim to misbehave with the crew of the Mobius.