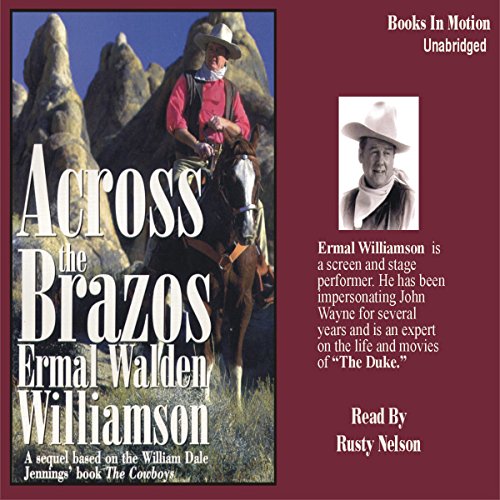 Matt Anderson was dead, shot down in a bank hold-up that shocked the small community of Bozeman, Montana. At least the townsfolk thought he was dead. A case of mistaken identity may have saved Matt's life, but it would have to be a life lived in exile.

His adventures took him south, where he served in the Confederate Army. After the Civil War, he followed his commanding general to Texas to work as a hired gun.

Range wars and cattle drives kept him busy, and home life on the ranch was good. Then, one summer day, three cowboys rode in from Montana to bring him home. Matt's life would change forever as he found himself having to decide between the life and love he found in Texas and his family's ranch in Montana.

What listeners say about Across the Brazos