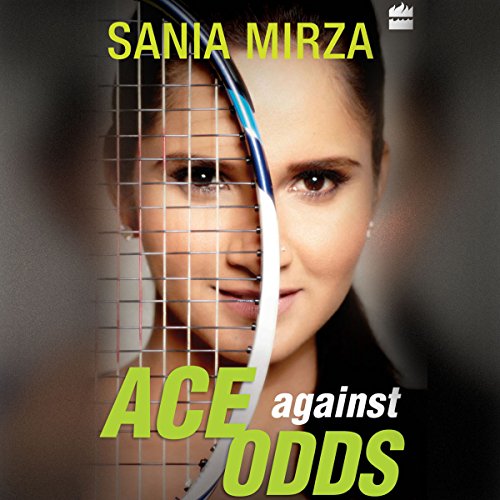 Currently ranked world number one in women's doubles, Sania Mirza became an instant sensation when she won the Wimbledon Championships girls' doubles title at the age of 16. From 2003 until her retirement from the singles circuit in 2012, she was ranked by the Women's Tennis Association as India's top player, both in singles and doubles. A six-time Grand Slam champion, she notched up an incredible 41 consecutive wins with her doubles partner, Martina Hingis, between August 2015 and February 2016.

Ace Against Odds is the story of this most iconic Indian player who beat incredible odds to get to the top of her sport. Sania writes with candour of the hardships along the way, of the physical and emotional trauma caused by injuries and medical procedures, of the friends and partners who became her mainstay along with her family, of the pressures of constant public scrutiny and, not least, of the politics and heartbreaks that inevitably accompany success.

Sania broke the rules, she spoke her mind, she pushed herself to the limit, she played for India fiercely and without care for how it might impact her rankings - she is and will continue to remain an inspiration long after she steps off the tennis courts.

What listeners say about Ace Against Odds

Lots of inspiration points for aspiring athletes in developing parts of the world. Would have liked to hear it narrated in her own voice though!