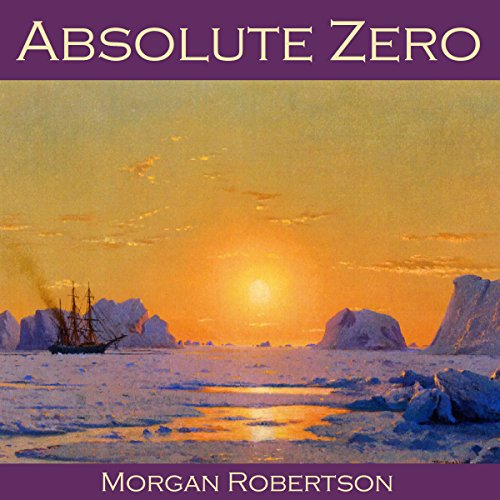 Morgan Andrew Robertson (1861-1915) was a popular American author of short stories and novels who claimed to have been the inventor of the periscope.

'Absolute Zero' is a strange supernatural story about two marine artists who are friends and who work in adjoining studios. The younger of the two has been working on a strange painting for some time. It shows an odd scene onboard a ship. The deck is littered with dead bodies...and the centre point of the painting is a huge, barefoot black sailor holding a young man aloft and about to dash him to his death on the icy deck. The artist himself does not know how he came up with the idea for the painting.

But when he shows his canvas to the older artist, this man rummages in his old chest and pulls out an identical picture which he himself painted 50 years earlier. The faces and actions are all exactly the same. The older artist had been on the ship and had painted the terrible scene from memory. But as they seek to understand the story behind this scene, an even stranger chain of events follows.

What listeners say about Absolute Zero