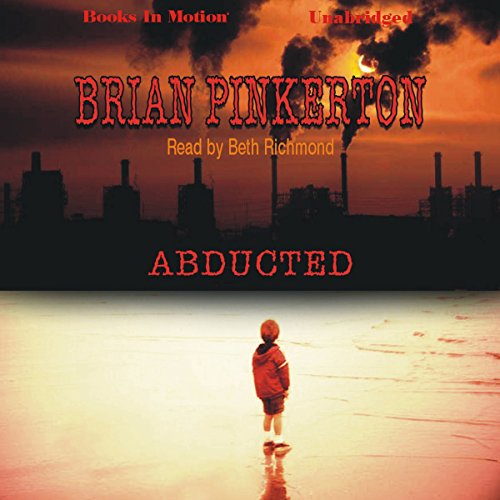 Just a second. That was all it took. In that second Anita Sherwood sees the face of the young boy in the window of the bus as it stops at the curb...and she knows it is her son. The son who had been kidnapped two years before. The son who had never been found and who had been declared legally dead. But now her son is alive. Anita knows it in her heart. She is certain that the boy is her son, but how can she get anyone to believe her? She'd given the police leads before that ended up going nowhere, so they're not exactly eager to waste much time on another dead end on a dead case. It's going to be up to Anita, and she'll stop at nothing to get her son back.
©2004 Brian Pinkerton (P)2009 Books In Motion

"Brian Pinkerton's first thriller takes familiar themes, but repackages them with skill and some daring, resulting in a page-turning read that's just cinematic enough to grab you and force you to read well past your bedtime." (William D. Gagliani, Chiaroscuro)

Worth reading til the end

A little way into this book I almost tossed it aside as I was quite angry ! Don’t want to give away the book but the way one character in particular was written was horrifying to me ! The end of the book shows that it’s not as it seems thank good ness. A good story keeps you guessing and engaged but can be infuriating the way some characters judge others.

As a childless nanny myself I was very upset reading the way they laid judgement on the nanny who was framed. All these little things lkle how she bought toys for the big and cried when she was let go. Of course she cried. Why was the mother surprised ?! She’d been with the boy for a long time as his primary carer. It’s a strong bond and just being told your out of his life that’s painful. It’s not her child no but it’s impossible not to get attached. And saying she was content to watch other people kids and didn’t have any ambition therefore there was something wrong with her Etc it was just maddening but yes she was vindicated in the end

Kept my attention all the way through!

I totally enjoyed this book. there were a lot of twists, not predictable at all.

I really enjoyed the book. To be honest I never imagined the twist and I usually do. Thank You

The story started out pretty good but went down hill from there. It dragged with almost a juvenile feel to the writing style. The ending was corny and predictable.

This is a very exciting read that held me captivated from the very first sentence.Nothing is at it first seems in this very gripping tale.
My only complaint is that the narration, which is usually excellent, really falters on the men's voices. The voices of the men just don't sound believable. Otherwise the reader is emphatic and
tells the story in a wonderfully, measured manner.

A fast paced Murder, Mystery and suspense story. My first book by this author - good, I would read another novel by Brian Pinkerton. Unfortunately this book did not come close to my favourite crime writers.