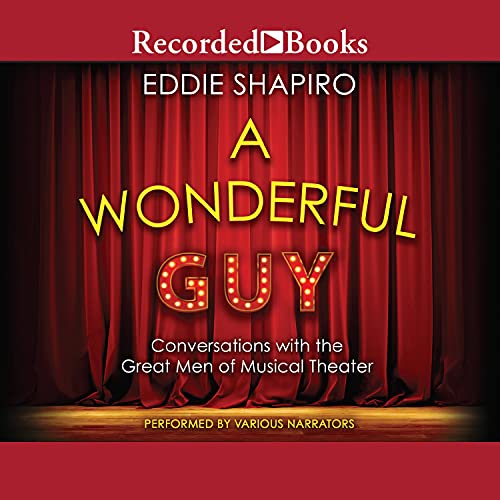 Fascinating, never-before-published interviews with Broadway's leading men offer behind-the-scenes looks at the careers of some of the most beloved performers today.

In A Wonderful Guy, a follow-up to Nothing Like a Dame: Conversations with the Great Women of Musical Theater, theatre journalist Eddie Shapiro sits down for intimate, career-encompassing conversations with 19 of Broadway's most prolific and fascinating leading men. Full of detailed stories and reflections, his conversations with such luminaries as Joel Grey, Ben Vareen, Norm Lewis, Gavin Creel, Cheyenne Jackson, Jonathan Groff, and a host of others dig deep into each actor's career; together, these chapters tell the story of what it means to be a leading man on Broadway over the past 50 years.

What listeners say about A Wonderful Guy (1st Edition)