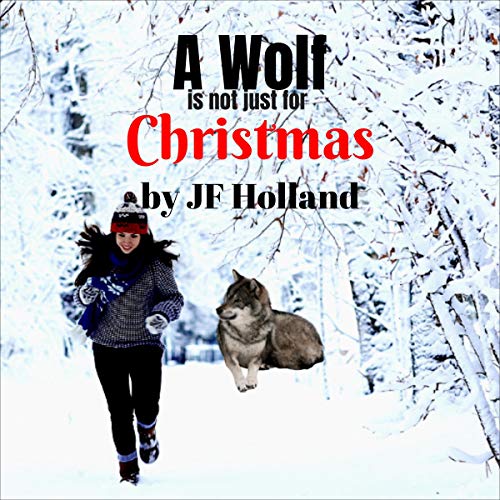 A Wolf Is Not Just for Christmas

Syd Shepherd doesn’t do holidays - not since losing so much just before Christmas three years ago. Instead, she spends her holidays alone in the wilderness, away from the celebrations and pitying looks from friends and her coworkers at Carter Marketing.

This year, against her better judgement, she attends the Christmas works party. After her boss Riley Carter kisses her under the mistletoe, she's running scared to the only place she finds solace - her cabin.

Hearing pained cries - even alone and as remote as she is at the cabin - Syd can’t ignore a hurt animal somewhere out there in the cold and snow. To her surprise, the animal is a wolf with a damaged leg, but with no way of calling for help and a flat tire, she’s his only hope. Taking the wolf in, Syd tries to heal him and, in turn, finds he helps her, too.

However, what is Syd going to do about her new four-legged friend when it's time to go back to civilization?

After all, a wolf is not just for Christmas.

Note: stand-alone romance and adult scenes not suitable for children.

What listeners say about A Wolf Is Not Just for Christmas

This is a wonderful story of a young woman learning to love again. Little does she know that the wolf she saves one night is actually her mate. The best part....it all happens around the Christmas holiday. What better gift for Christmas than a live that'll last a lifetime. Loved this story and the narration was excellent.