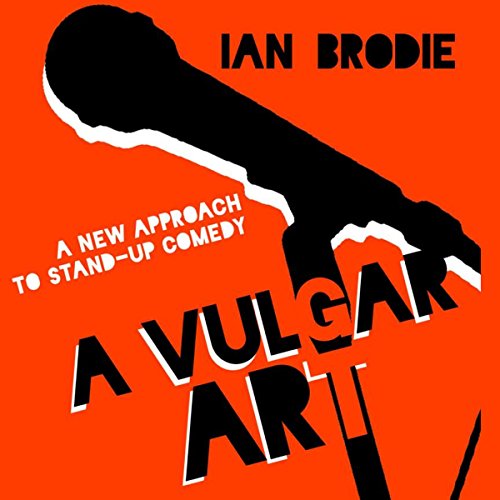 A Vulgar Art: A New Approach to Stand-Up Comedy

In A Vulgar Art, Ian Brodie uses a folkloristic approach to stand-up comedy, engaging the discipline's central method of studying interpersonal, artistic communication and performance. Because stand-up comedy is a rather broad category, people who study it often begin by relating it to something they recognize - "literature" or "theatre"; "editorial" or "morality" - and analyze it accordingly. A Vulgar Art begins with a more fundamental observation: Someone is standing in front of a group of people, talking to them directly, and trying to make them laugh. So this book takes the moment of performance as its focus: stand-up comedy is a collaborative act between the comedian and the audience.

Although the form of talk on the stage resembles talk among friends and intimates in social settings, stand-up comedy remains a profession. As such, it requires performance outside of the comedian's own community to gain larger and larger audiences. How do comedians recreate that atmosphere of intimacy in a room full of strangers? This book regards everything from microphones to clothing and LPs to Twitter as strategies for bridging the spatial, temporal, and socio-cultural distances between the performer and the audience.

"A highly insightful, eloquently written study that explains, through application of folkloristic methodology, how stand-up comedians create an atmosphere of intimacy and evoke laughter from strangers. This will be a valuable addition to the libraries of scholars in a number of fields, as well as readers who enjoy stand-up comedy and want to learn how it works." (Elizabeth Tucker, author of Haunted Halls: Ghostlore of American College Campuses)

What listeners say about A Vulgar Art: A New Approach to Stand-Up Comedy

The book content doesn't seem bad but the narration makes it so that you can't stand to listen. It's like they fed the book into a 1970's movie robot. Buyer beware.

What made the experience of listening to A Vulgar Art: A New Approach to Stand-Up Comedy the most enjoyable?

I started listening to this book and after five minutes I could take no more. It was like listening to a computerised voice. I’m sure the book is interesting to read but it’s painful to listen to .