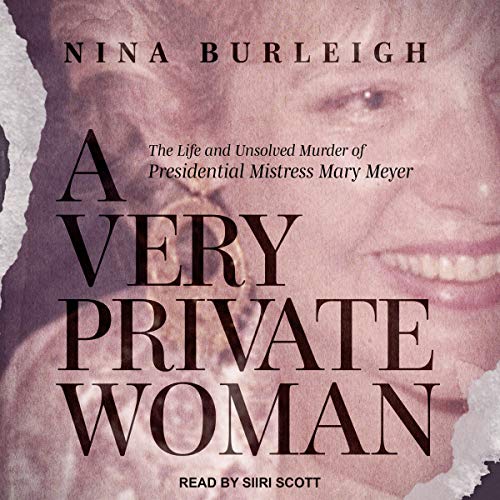 In 1964, Mary Pinchot Meyer, the beautiful, rebellious, and intelligent ex-wife of a top CIA official, was killed on a quiet Georgetown towpath near her home. Mary Meyer was a secret mistress of President John F. Kennedy, whom she had known since private school days, and after her death, reports that she had kept a diary set off a tense search by her brother-in-law, newsman Ben Bradlee, and CIA spymaster James Jesus Angleton.

But the only suspect in her murder was acquitted, and today her life and death are still a source of intense speculation, as Nina Burleigh reveals in her widely praised book, the first to examine this haunting story.

What listeners say about A Very Private Woman

Easier to listen to than to read

I have had this book for years, being a defendant of the Cord Meyer family, but always struggled to read, as there were so many names and titles if people, it just got confusing for me. Hearing it read, and at times, following along with the written book, finally allowed me to get to the end in a few days. I am thankful to Audible for doing this production!

Its a book I cojld not stop listening to. Well written and wonderful narrator.