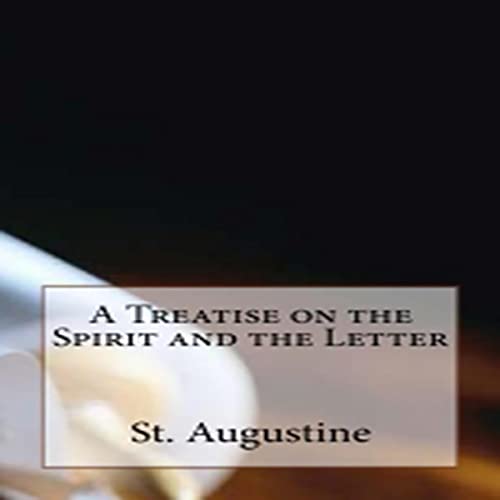 A Treatise on the Spirit and the Letter

The person to whom I had addressed the three books entitled De Peccatorum Meritis et Remissione, in which I carefully discussed also the baptism of infants, informed me, when acknowledging my communication, that he was much disturbed because I declared it to be possible that a man might be without sin, if he wanted not the will, by the help of God, although no man either had lived, was living, or would live in this life so perfect in righteousness. He asked how I could say that it was possible of which no example could be adduced. Owing to this inquiry on the part of this person, I wrote the treatise entitled De Spiritu et Littera, in which I considered at large the apostle’s statement, “The letter kills, but the spirit giveth life.”

In this work, so far as God enabled me, I earnestly disputed with those who oppose that grace of God which justifies the servances of the Jews, who abstain from sundry meats and drinks in accordance with their ancient law, I mentioned the “ceremonies of certain meats” ("quarumdam escarum cerimoniæ") - a phrase which, though not used in Holy Scriptures, seemed to me very convenient, because I remembered that cerimoniæ is tantamount to carimoniæ, as if from carere, to be without, and expresses the abstinence of the worshippers from certain things. If however, there is any other derivation of the word, which is inconsistent with the true religion, I meant no reference whatever to it; I confined my use to the sense above indicated.

This work of mine begins thus: “After reading the short treatise which I lately drew up for you, my beloved son Marcellinus,” etc.