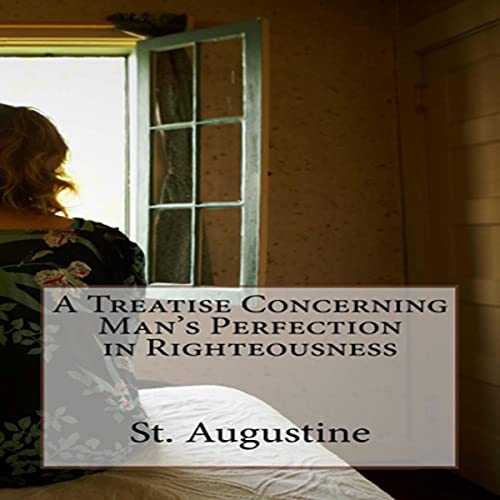 Augustin has made no mention of this treatise in his book of Retractations; for the reason, no doubt, that it belonged to the collection of the Epistles, for which he designed a separate statement of Retractations. In all the mss., this work begins with his usual epistolary salutation: “Augustin, to his holy brethren and fellow-bishops Eutropius and Paulus.” And yet, by general consent, this epistle has been received as a treatise, not only in those volumes of his works which contain this work, but also in the writings of those ancient authors who quote it. Amongst these, the most renowned and acquainted with Augustin’s writings, Possidius (In indiculo, 4) and Fulgentius (Ad Monimum, i. 3) expressly call this work “A Treatise on the Perfection of Man’s Righteousness.” So far nearly all the mss., agree, but a few (including the Codd. Audöenensis and Pratellensis) add these words to the general title: “In opposition to those who assert that it is possible for a man to become righteous by his own sole strength.”

In a mss., belonging to the Church of Rheims there occurs this inscription: “A Treatise on what are called the definitions of Cœlestius.” Prosper, in his work against the Collator, ch. 43, advises his reader to read, besides some other of Augustin’s “books,” that which he wrote “to the priests Paulus and Eutropius in opposition to the questions of Pelagius and Cœlestius.” From this passage of Prosper, however, in which he mentions, but with no regard to accurate order, some of the short treatises of Augustin against the Pelagians, nobody could rightly show that this work On the Perfection of Man’s Righteousness was later in time than his work On Marriage and Concupiscence, or than the six books against Julianus, which are mentioned previously in the same passage by Prosper.

For, indeed, at the conclusion of the present treatise, Augustin hesitates as yet to censure those persons who affirmed that men are living or have lived in this life righteously without any sin at all: their opinion Augustin, in the passage referred to (just as in his treatises On Nature and Grace, n. 3, and On the Spirit and the Letter, nn. 49, 70), does not yet think it necessary stoutly to resist. Nothing had as yet, therefore, been determined on this point; nor were there yet enacted, in opposition to this opinion, the three well-known canons (6–8) of the Council of Carthage, which was held in the year 418. Afterwards, however, on the authority of these canons, he cautions people against the opinion as a pernicious error, as one may see from many passages in his books Against the two Epistles of the Pelagians, especially Book iv. ch. x. (27), where he says: “Let us now consider that third point of theirs, which each individual member of Christ as well as His entire body regards with horror, where they contend that there are in this life, or have been, righteous persons without any sin whatever.”

Certainly, in the year 414, in an epistle (157) to Hilary, when answering the questions which were then being agitated in Sicily, he expresses himself in the same tone, and almost in the same language, on sinlessness, as that which he employs at the end of this present treatise. “But those persons,” says he (in ch. ii. n. 4 of that epistle), “however much one may tolerate them when they affirm that there either are, or have been, men besides the one Saint of saints who have been wholly free from sin; yet when they allege that man’s own free will is sufficient for fulfilling the Lord’s commandments, even when unassisted by God’s grace and the gift of the Holy Spirit for the performance of good works, the idea is altogether worthy of anathema and of perfect detestation.”"

What listeners say about A Treatise Concerning Man's Perfection in Righteousness