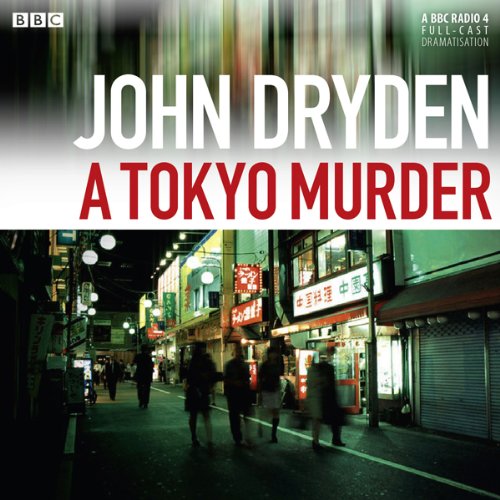 Three dramas surrounding the murder of a young teacher in Japan.

PART 1 - THE PARENTS Jennifer and Peter Whitelock arrive in Japan to help find their daughter’s murderer. Frustrated with the progress of the police investigation, Peter puts his trust in TV producer Norio Ito, who promises to champion their cause on his popular ‘news and entertainment’ show, while Jennifer tries to discover what her daughter’s life in Tokyo was like… Then she starts getting calls from a man claiming to be the killer.

PART 2 - THE DETECTIVEDetective Inspector Julie Hill is sent to Tokyo to investigate the disappearance of British teacher Daisy Whitelock. Working with the Tokyo police, who are reluctant to have a foreign police officer interfering with the case, she has to overcome cultural and bureaucratic obstacles as she attempts to untangle what really happened at the foreign language school Daisy taught at.

PART 3 - THE DAUGHTERDaisy Whitelock arrives in Japan to teach English at a foreign language school in Tokyo. Her desire to scratch beneath the surface of Japanese society leads her to shun the companionship of the other ex-pat teachers in her shared apartment, and exposes her to the terrifying reality of a disturbed mind. The production was recorded in Tokyo, Japan. Directed by John Dryden.

What listeners say about A Tokyo Murder

What would have made A Tokyo Murder better?

A beginning, a middle and an end.

What was most disappointing about John Dryden and Miriam Smith ’s story?

Cast was good though a bit drama school

If you could play editor, what scene or scenes would you have cut from A Tokyo Murder?

I think the editor already did - no ending and a totally illogical order. Imagine someone throwing all the scenes in the air, and then playing them in the order that they fall, plus a few got lost as they landed in the refuse bin. Which is probably where this play should be. So disappointed.

Please don't bother - a total waste of a credit

An atmospheric 3-part drama concerning the murder of a young British woman in Japan. Added realism - sound effects - as was recorded in Tokyo.

This is my third John Dryden audio-drama I have listened too in the last two months - all have been superb. [The other audio-dramas are Pandemic, and Severed Threads.]

It isn’t the usual formulaic A to Z story, the 3-part story is told from three different viewpoints: The Parents, a Detective Inspector sent from the UK to investigate, and Daisy Whitelock (the daughter).

Seems the other review/ratings are not so favourable, but I really enjoyed it. An audio-film for my ears. Would definitely recommend listening to it through headphones in one sitting as it draws you into the story.