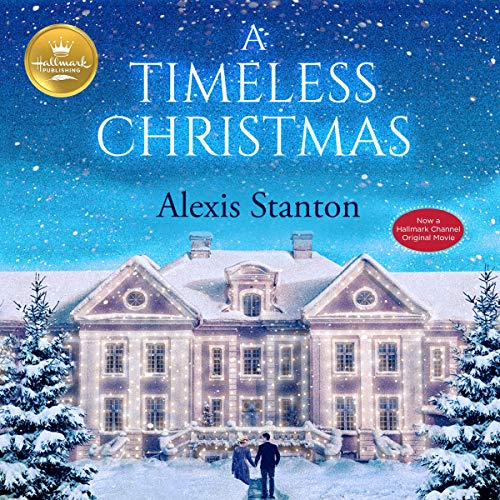 They’re from two different centuries, but they’re perfect for each other.

Megan Turner is in love with the past. As a tour guide at a beautiful historic mansion, she tells visitors about its original owner, Charles Whitley. An inventor and businessman in the early 1900s, he rose from poverty to wealth...only to disappear without a trace.

Charles was always intrigued by the future. He just never expected to go there. But when he repairs a mysterious clock he bought on his travels, he’s transported to the 21st century, with his home decorated for Christmas and overrun by strangers. Charles is determined to find a way back to his own era, especially when he learns about what happened after he left. But as Megan introduces him to the wonders of smartphones, pizza, and modern holiday traditions, they both feel a once-in-a-lifetime connection. Could it be that, somewhere in time, they belong together?

What listeners say about A Timeless Christmas

What a cute and clean Christmas story. It was about Charles Whitley being tossed into the 21st century with the help of a clock. Of him constantly trying to figure out how to get home to his business and fiancé, all while he fell in love with Megan, and made some wonderful friends in Dan, Sophia, Lydia, Tina, Phillip, Megan’s mother and father and her brother and sister-in-law. It was a touching Christmas story and I enjoyed the entire story. As to the narration: I really only bought this Audible because Kate Rudd was narrating but she made a simple story even better.

A Timeless Christmas is a beautiful Christmas novel. It will be a favorite of historical romance lovers as well time travel fans. When I started reading, I was really curious how the author would jump to a different time but it was seamless and easy to follow. I really enjoyed the characters as well as the story as a whole. a lovely story to read in between those heavier types of novels. It is very light and easy to enjoy.

if you like the Hallmark movies, you'll LOVE this

I chose to listen to this book after watching the movie it inspired on Hallmark channel. I LOVE their Christmas movies, but I have to say this was one of those times the book was wayyy better than the movie. The only reason I took a star off was because the speaker sounded very scripted at times and it was a little distracting a time or two. She did change her tone for the male and female characters so you knew who was talking and when. there were just times it didn't flow or sound natural though. but overall I absolutely enjoyed the story and listening to it. I would even listen to the speaker again. would recommend!!

Loved it, was looking for a good Christmas story, look no further. From 1906 coming to the future, lessons learned during the holiday season. really enjoyed, narrator did a great job.