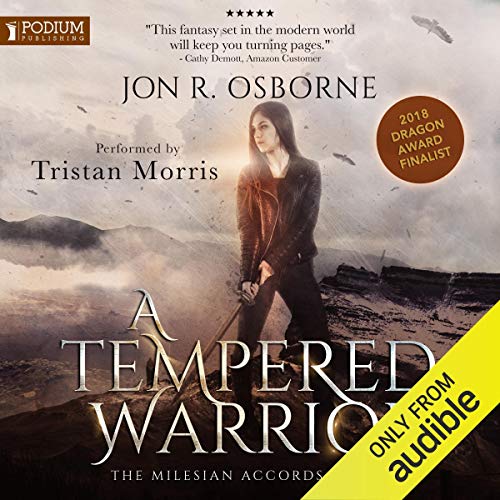 Centuries ago, the followers of the new gods defeated the old gods, and the folk of legend were banished from the world. With their departure, magic faded from the land. However, the Milesian Accords provided for a new challenge, and its time rapidly approaches.

The descendant of the druid who participated in the original challenge, Liam Knox, must forge the sword for the Champion to wield, and write the next set of Accords. Time is running out, though, and the minions of the new gods will stop at nothing to ensure he fails in his tasks.

The descendent of the legendary hero Cu Chulainn, Erin Donnelly, has gone to Dunos Scaith, a fortress out of time and space, to train for the Challenge to come. Interruptions and distractions abound, though, including the potential for new love...and she is being hunted as well.

Both Druid and Champion are running out of time as the Challenge approaches - a challenge that could end the world as we know it - and neither is likely to be ready in time. They must trust in each other and their friends...but what if that trust is misplaced?

What listeners say about A Tempered Warrior

Too little happens in this book, felt disappointed. was expecting more but it just elongated with their training.

a whole lot of childish crushes going on with precious little else, it's getting increasingly difficult to find a decent story without either harem nonsense or like this with unrealistic attractions or those awful litrpg piles of dung.