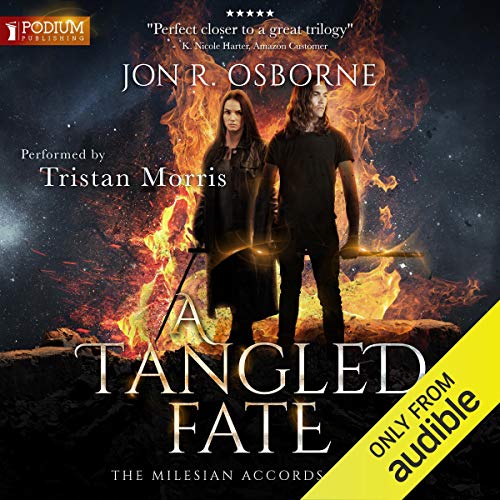 Centuries ago, the followers of the new gods defeated the people of the old gods in a challenge of champions. The folk of legend were banished from the world, and magic faded from the land. The Milesian Accords, however, provided for a new challenge, and the time for that challenge is running out.

Erin Donnelly, the proclaimed Champion of the Exiled Folk, is marooned in the otherworldly Glaswold after an assassination attempt. The fortress Dunos Scaith vanished, and Erin’s daughter disappeared with it. She has to find her daughter, finish her training, and make it back to the World of Man before the deadline.

Liam Knox, the Druid of the Accords, faces tests both domestic and mystical in rural Illinois. Liam must rally his allies in the wake of loss, mentor a son who has discovered magic, and deal with supernatural entities meddling in his life. All the while, Liam’s enemies circle closer, hunting the druid, his family, and his friends.

Only together can the Druid and the Champion face the Challenge and survive. If they fail, more than their lives hang in the balance. If they win, it could change the world as we know it. But first they must master their tangled fate.

What listeners say about A Tangled Fate

Osborne had incredible detail and great character-building all to the series absolutely fantastic! and Tristan was Sensational with his storytelling!