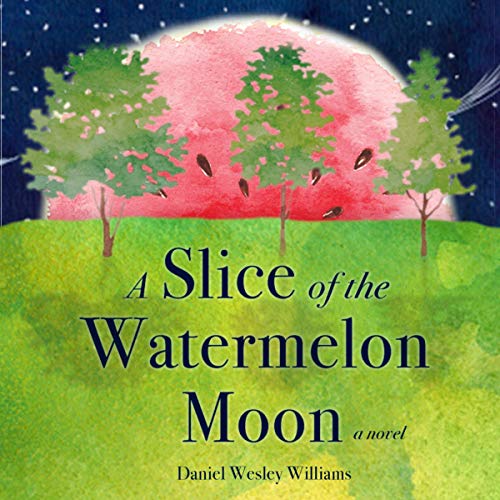 A Slice of the Watermelon Moon

Written in the Southern vernacular, A Slice of the Watermelon Moon is an intimate portrayal of August, the rough Jewish trucker from West Virginia, and Cecil, the obsessive gay narrator, raised on a small family farm and living in Athens, Georgia. It’s an unusual, authentic Southern “slice” of time. Each vignette, gathered from the narrator’s past and present, carries the listener on a quirky journey that’s as real as a personal diary.

August’s handmade cabin in the tiny town of Grayberry, Georgia, is the central location for a love affair that spans several moon-filled, sexy years in the Deep South. The author invites you to look through the cabin window at this secret and scandalous relationship hidden in the tall pine groves of rural Georgia.

What listeners say about A Slice of the Watermelon Moon