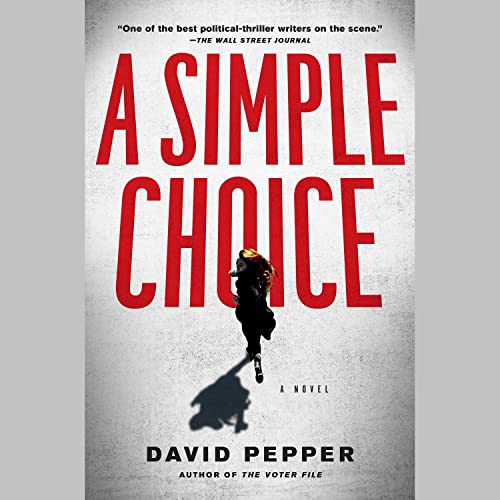 A propulsive political thriller featuring two outsiders caught up in a stunning conspiracy, filled with details and twists that only a true political insider could write.

When one of the nation’s most prestigious senators jumps from a cliff in Maine, it is no surprise that the political elite and the media flock to the story, determined to uncover what has happened - and whether foul play was involved. Palmer Knight, a fast-rising TV news correspondent, is sent to cover the mysterious death, and finds himself embroiled in a plot that goes far beyond the Senate and  onto the global stage.

Meanwhile, Army veteran and former Supreme Court clerk Amity Jones thought she had left the fast lane behind when she moved to Ohio to care for her cancer-stricken mother. But her dogged pursuit of a local medical mystery places bring her back to the world of politics, and ultimately into Palmer's investigation of the senator’s death.

The unlikely duo, brought together by seemingly unconnected events, soon find themselves enmeshed in a political conspiracy that reaches the highest levels of power, and places their lives — and many others — in terrible danger.

What listeners say about A Simple Choice