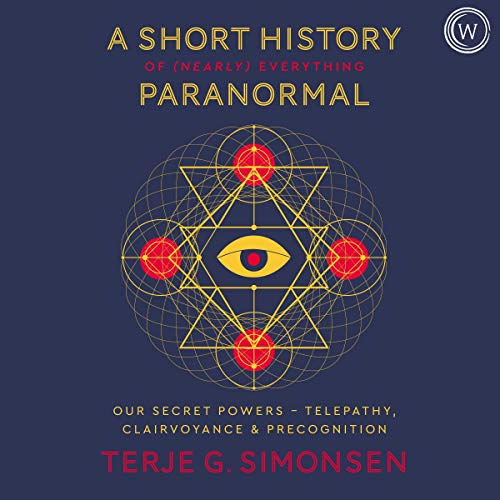 A Short History of (Nearly) Everything Paranormal

This is the most entertaining and broad survey of the paranormal ever made, combining forgotten lore, evidence from parapsychological experiments and the testament of scientists, archaeologists, anthropologists, psychologists, physicists, philosophers, and also quite a few celebrities. Exploring the possibility that paranormal phenomena may be and that some most likely are objectively real, this travelogue through the twilight zone of human consciousness is both scientifically rigorous and extremely entertaining.

Listeners may be surprised to learn that reputable scientists, among them several Nobel laureates, have claimed that telepathy is a reality, that Cleopatra's lost palace and Richard III's burial place were recovered by means of clairvoyance, and that an espionage program using psychics was set up by the US military! The author proposes that all humans (perhaps, all living beings) are linked together in a sort of ''mental internet'' that allows us to exchange ''telepathic emails'' and make clairvoyant downloads of information.

Could it be that what we usually call ''supernatural'' is a natural but little understood communication via this mental internet? An engaging, entertaining, and informative analysis of a controversial subject in which these phenomena are approached as potential expressions of unexplained powers of the human mind.

What listeners say about A Short History of (Nearly) Everything Paranormal

Couldn't keep my attention for any amount of time.

I bough t this book becuz the reviews were great...I dont know who re viewed it but it has nothing to do with the paranormal or as what I consider to be the paranormal. I struggled with the first 2 chapters and then gave up..Could it get any more boring? I doubt it

The scope, depth, and vivid descriptions in this book will blow your mind! Also, Terje’s sense of humor is an absolute treat! Listen to Terje’s unbiased unveiling of all things paranormal, and go visit Alex Tsakiris’s Skeptiko Forum where I found him! This is a spiritual expedition at it’s very best!