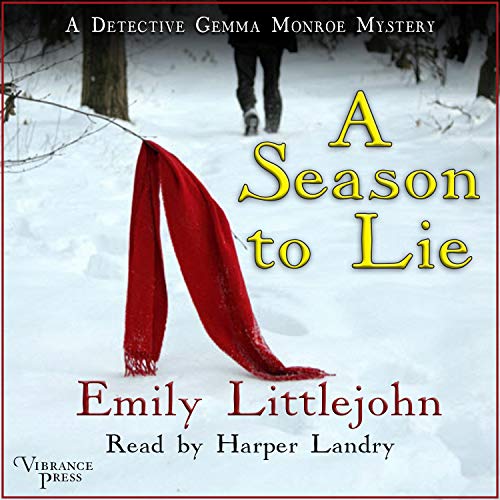 A Season to Lie

In Emily Littlejohn's follow-up to her acclaimed debut Inherit the Bones, a twisted killer stalks his prey in the dead of winter.

On a cold dark night in February, as a blizzard shrieks through Cedar Valley, police officer and new mother Gemma Monroe responds to an anonymous report of a prowler at the local private high school, The Valley Academy. In her idyllic Colorado small town, Gemma expects the call was just a prank by a bored teenager.

But there in the snow lies the savaged body of a man whose presence in town was meant to be a secret. And a disturbing message left by his killer promises more death to come.

This is only the beginning...

Nothing is as it seems in Cedar Valley and stories, both fact and fiction, ensnare Gemma as her investigation moves from the halls of an elite academy to the forests that surround Cedar Valley.

Against a backdrop of bleak winter weather, stymied by those who would lie to protect what is dearest to them, Gemma hunts a ruthless killer before he strikes again in A Season to Lie.

What listeners say about A Season to Lie

I truly love this series! Emily Littlejohn has such a wonderful talent and can draw you into the story. I reviewed the first book in the series and this one was even better. I only have ONE negative thing to say about Harper Landry. She is a good narrator for the most part. However, there are times that her grown female voices sound very immature. A 40 year old female may sound like a 16 year old. The sound is just not age appropriate. I hope she will work on that because otherwise, I do enjoy her narration.