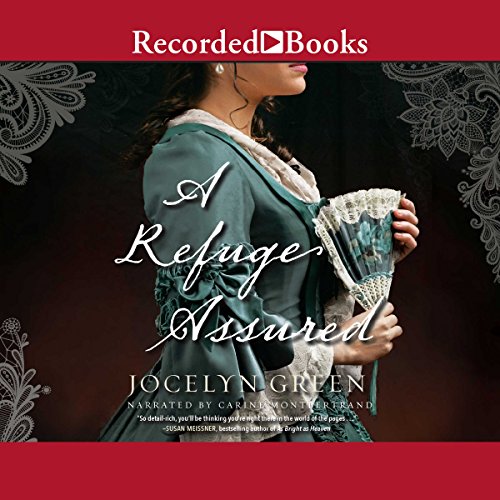 Vivienne Rivard fled revolutionary France and seeks a new life for herself and a boy in her care, who some say is the Dauphin. But America is far from safe, as militiaman Liam Delaney knows. He proudly served in the American Revolution but is less sure of his role in the Whiskey Rebellion. Drawn together, will Liam and Vivienne find the peace they long for?

Lacemaker Vivienne Rivard never imagined her craft could threaten her life. Yet in revolutionary France, it is a death sentence when the nobility, and those associated with them, are forced to the guillotine. Vivienne flees to Philadelphia but finds the same dangers lurking in the French Quarter, as revolutionary sympathizers threaten the life of a young boy left in her care, who some suspect to be the Dauphin. Can the French settlement, Azilum, offer permanent refuge?

Militiaman Liam Delaney proudly served in the American Revolution, but now that the new government has imposed an oppressive tax that impacts his family, he barely recognizes the democracy he fought for. He wants only to cultivate the land of his hard-won farm near Azilum, but soon finds himself drawn into the escalating tension of the Whiskey Rebellion. When he meets a beautiful young Frenchwoman recently arrived from Paris, they will be drawn together in surprising ways to fight for the peace and safety for which they long.

What listeners say about A Refuge Assured

A Refuge Assured is about a time in American History that I’m not very familiar with. I have studied the French Revolution thoroughly but the Whiskey Rebellion only rated about a page in my history books even though Alexander Hamilton was involved! I love the opportunity to learn. The narration was excellent, female, male, American or French. This book is a great read, I thoroughly enjoyed it!

I loved everything about this story. I loved learning about a part of history I knew almost nothing about; looking up events and places and people. Well done, hats off, to both author and performer.

A stellar read with a great narrator!

What made the experience of listening to A Refuge Assured the most enjoyable?

Besides the wonderful story itself, the narrator was a native french speaker. Her pronunciations and natural flow made the story all the more enjoyable.

What other book might you compare A Refuge Assured to and why?

The Mark of the King, also by Jocelyn Green and narrated by Montbertrand, is another lovely story to enjoy.

An excellent story full of intriguing characters. I had never considered how far reaching the effects of the French Revolution were or the large influx of French refugees that escaped to America. I was totally immersed in post revolution America and the time flew by as I listened.