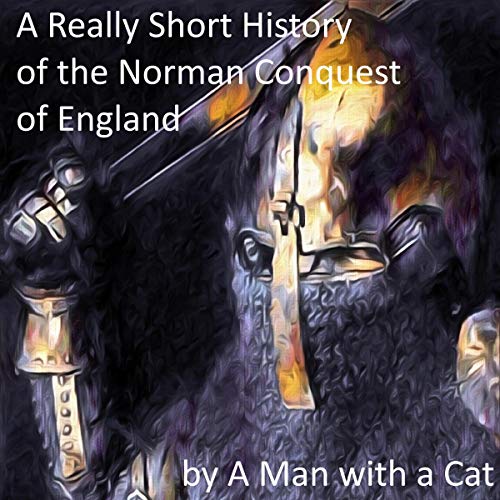 A Really Short History of the Norman Conquest of England

The word conquest strictly means the winning or getting of anything; whether rightly or not; whether by force or not. This meaning of the word has something specially to do with the Norman Conquest of England. For when King William was called the Conqueror, it did not at first mean that he had won the crown of England by force; for he claimed it as his own by law. But though he claimed it as his own by law, he had in fact to win it by force. We can therefore rightly speak of the Conquest and the Conqueror in the sense which those words now commonly bear, that of winning a land and the rule over it by strength of war. Duke William claimed the crown as his own by law, but he could only get it by coming to England with an army and overthrowing and killing the king; and when he was called King, he had still to win the land bit by bit, often by hard fighting, before he truly had dominion of the whole kingdom.

That Duke William claimed the English crown as his own by law, and yet had to win it in battle at the head of a foreign army, had a great deal to do with the special character of the Norman Conquest of England, and with the effect which that Conquest has had on the history of England ever since. There have been at different times conquests of a very different kind. Sometimes a whole people has gone from one land to another; they have settled by force in a land where other men were dwelling, and have killed or driven out the men whom they found in the land, or have let them live on as slaves. Here is mere force without any pretense of right, and a conquest like this can happen only among people who are quite uncivilized, as the English were when they first came to the island of Britain.

The Norman Conquest was nothing at all like this; the English were neither killed nor driven out nor made slaves, but went on living in their own land as before. The descendants of the Normans who settled in England learned to speak English and to have the feelings of Englishmen. The effect of the Norman Conquest of England was not to make England subject to Normandy, and it was not to make England a Norman land. The English were not driven out nor turned into Normans. Instead, the Normans in England were turned into Englishmen, even as they changed the laws of England, and the language, manners, and thoughts of the English.