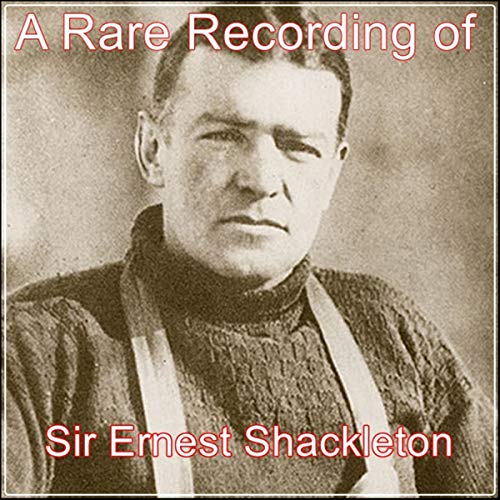 Sir Ernest Henry Shackleton (1874-1922) was a polar explorer who led three British expeditions to the Antarctic. During the second expedition, from 1907 to 1909, he and three companions established a new record for the "farthest South latitude", which was 97 miles from the South Pole and the closest in pole exploration history. Members of his team also climbed Mount Erebus, the most active volcano on Antarctica.

For these achievements, Shackleton was knighted by King Edward VII on his return home. A few years later, his ship, The Endurance, became trapped in pack ice and was slowly crushed. The crew escaped by camping on the sea ice, then launching their lifeboats to reach the inhabited island of South Georgia, a stormy ocean voyage of 720 nautical miles. It became Shackleton's most famous exploit.

What listeners say about A Rare Recording of Sir Ernest Shackleton