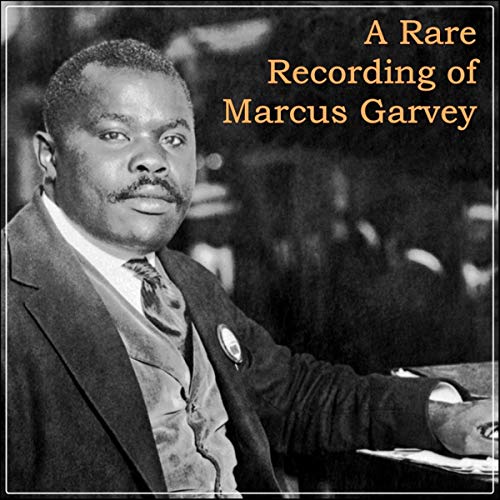 A Rare Recording of Marcus Garvey

Marcus Garvey (August 17, 1887-June 10, 1940) was a charismatic Jamaican-born political leader, publisher, journalist, entrepreneur, and orator. He organized the Universal Negro Improvement Association and African Communities League (UNIA-ACL) and acted as its president-general. In 1916, he moved to New York City where his prominence grew. By 1919, he was considered to be the "Black Moses", and he claimed a following of over 2 million people. This recording is from a speech he gave in the 1920s.

What listeners say about A Rare Recording of Marcus Garvey

Marcus Garvey: 'Look for me in the whirlwind'

The content of the speech is powerful! One question, where is the music coming from? Is this music playing while Garvey is speaking or was it added for dramatic effect? My apologies, that is two questions.

peace to the god Marcus Garvey

we shall rise again... peace black gods and earth's. listen and apply to this message.

this recording has to be heard!!!

all these years and I had never heard his voice. If you love Malcolm you will love to hear this!

it doesn't cover all of Marcus Garvey recordings

Listen to this book right NOW

I loved it. He is speaking from facts. we as a people need to stop depending on our government for anything. They ha6a plan that we are not apart of.
#truefan #showinglove #Salute #teachourkidsbetter #Message #Facts

Powerful, then ! Powerful, now! Hearing the force and energy in his voice lend even more weight to his message. The World/The Black World needs this message today as ever before. One Love.

This speech was amazing! It was very inspiring to me and I have decided that I will listen to this every single day!

I've never heard his voice not heard the power of his speech. What great ideas. we need another Marcus Garvey!!!