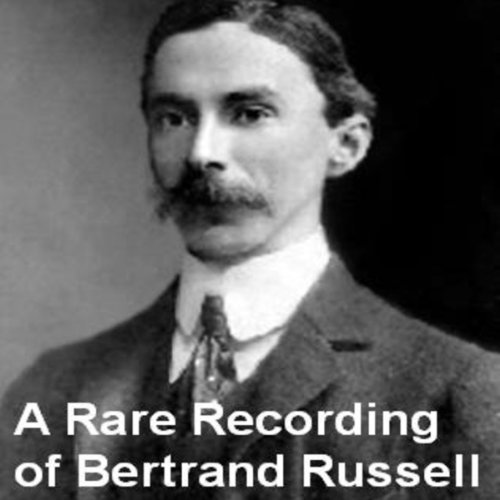 A Rare Recording of Bertrand Russell

Bertrand Russell (May 18, 1872 - February 2, 1970) was born in Monmouthshire into one of the most prominent antiwar aristocractic families in Britain. Russell was a philosopher, logician, mathematician, historian, prominent antiwar activist, and an outspoken opponent of nuclear weapons. In 1950, Russell was awarded the Nobel Prize in literature. The following is a 1959 speech on nuclear disarmament.

What listeners say about A Rare Recording of Bertrand Russell

Old recording, but good quality. worth the price, if you're a philosophy buff. I recommend it.