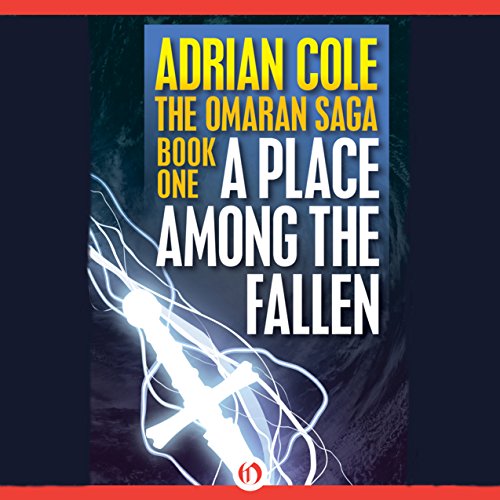 A Place Among the Fallen

A Place Among the Fallen: book one of The Omaran Saga

Omara's people shun all belief in the power of gods and magic, and the Deliverers, led by Simon Wargallow, pledge to put to death all heretics. When Korbillian flees his magical land of Ternannoc in the midst of a catastrophic destruction, he takes refuge on Omara and begins a quest to save this planet from its inevitable fate - the same as that of Ternannoc. Battles erupt in the clashes between destruction and salvation, from the fishing village of Sundhaven to the plateau of Xennidhum. Death becomes life for the people, and life is on its way toward death.

Don't miss the entire quartet, including Throne of Fools, The King of Light and Shadows, and The Gods in Anger.

What listeners say about A Place Among the Fallen

I won't be listening to any books narrated by Chris , if there was ever a less inspiring person to read and audio book .......

A lovely reading of a beloved book

I'm falling in love with Simon Wargallow like I did in 1988 as a teen.

This book was unfortunately spoiled by the awful narrator who would draw out the last word of every single sentence, which was very distracting and making it difficult to follow the story.