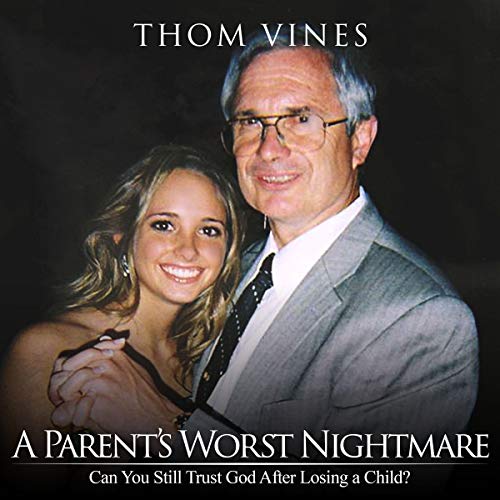 A Parent's Worst Nightmare: Can You Still Trust God After Losing a Child?

On September 2, 2008, our twin daughters, Kayla and Kelsey, were returning home from Lubbock-Cooper High School after basketball practice. A 40,000-pound dump truck veered into their lane. Kelsey was driving. She was 18. Kayla was injured, but lived. Kelsey was a genuine Christian, the real deal. We were sent spiraling on a spiritual journey, a parent's worst nightmare.

The audiobook describes our life beforehand, both as a family and where each of us was spiritually, but most of the story focuses on our travail after the accident. We were racked with grief, denial, questions, confusion, and anger, all of which shook us emotionally, physically, and spiritually. Each of us dealt with these things in different ways and at different times, yet certain common denominators existed.

We also describe how each of us had to find forgiveness in our heart for the driver and owner of the dump truck. Nearly a year after Kelsey's death, we set down and started writing our story. Our goal was to help others who were going through a similar gut-wrenching loss, as well as anyone questioning their religious faith. Everyone contributed some, but the primary authors were myself, the father, and John Michael Vestal, Kelsey's boyfriend.

What listeners say about A Parent's Worst Nightmare: Can You Still Trust God After Losing a Child?

The narrator was so bad that I couldn't suffer through it for the book. The best way for me to describe the problem with the narration is that the narrator simply seems like he's too old and he doesn't have the strength in his voice.