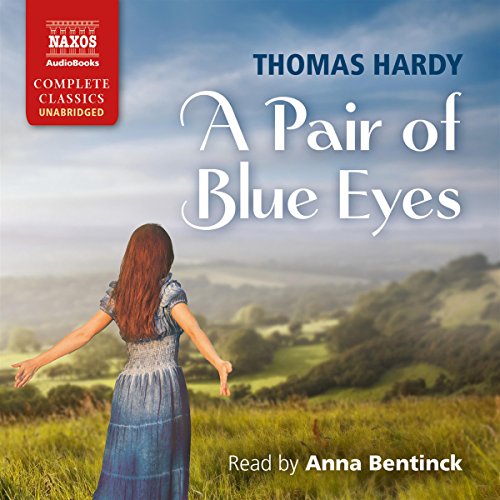 A Pair of Blue Eyes

A Pair of Blue Eyes

Hardy's third novel, A Pair of Blue Eyes, follows the story of Elfride Swancourt. The daughter of the rector of Endelstow, a sparse, sea-swept parish in Cornwall, Elfride is caught between two suitors of very different backgrounds: Stephen Smith, a young architect restoring the old parish church; and the respectable, older man of London society, Henry Knight. The blue-eyed and high-spirited protagonist must untangle the conflicting messages of her heart and her mind.

What listeners say about A Pair of Blue Eyes

No. While I realize Thomas Hardy is supposed to be one of the great writers, this wasn't my cup of tea. The story centers around an innocent girl who's not very decisive or clever. It's hard to imagine her last lover, an intellectual, really sees anything in common with her. Hardy is a master of the English language, but at times his using 20 words when 5 will do to get the point across, can tax one's patience.

What could Thomas Hardy have done to make this a more enjoyable book for you?

Anna's performance was great. I picked the book in part based on her being the narrator.

Could you see A Pair of Blue Eyes being made into a movie or a TV series? Who should the stars be?

It could be made into a movie I suppose. The leading lady could be Anne Hathaway, with Russell Crowe playing Harry, and Jude Law playing Smith. Elfride's father could be played by Michael Caine.

I persevered because of the narrator, but was annoyed with myself for investing that much time to reach a disappointing ending.

What was one of the most memorable moments of A Pair of Blue Eyes?

She's wonderful with a steady, listenable pace and distinct characterizations

As are all of Hardy's books, this was a tradegy. I did cry at the stupid decisions the supposedly educated lover made - even for his time.

Hardy's books are gorgeous and meaty and everything I love in a story.