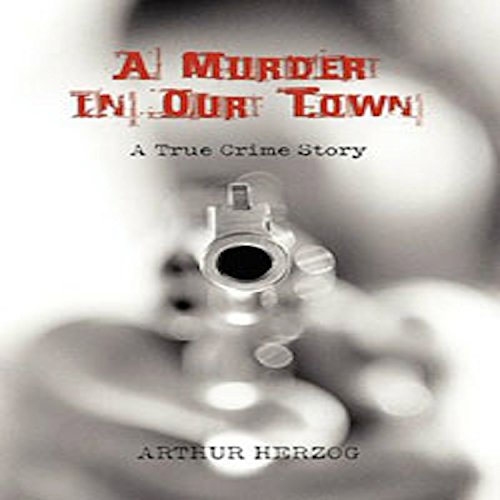 A Murder in Our Town

From award-winning novelist Arthur Herzog comes a true-crime story of rich and poor, murder and retribution in a town rooted in self-denial.

In Salisbury, Connecticut, the lavish weekend homes of wealthy New Yorkers stand only a short distance from the dilapidated houses of the local working class, known as the "raggies". But this seemingly calm and pastoral community has a sordid, evil underbelly.

Feeling oppressed by their economic and social status, the three Duntz brothers seek revenge on the wealthy upper class, and historical Salisbury becomes their target. The brothers set fire to the Salisbury town hall, a 235-year-old symbol of the town's proud heritage. But when Earl Morey confesses to seeing one of the brothers commit the crime, he is found shot to death one early October morning.

Driven to bring the murderer to justice, Lieutenant James Hiltz launches the largest, most complex investigation in the history of the Connecticut State Police. But the rich are apathetic and the poor fear retribution from the Duntzes, who hamper law enforcement's efforts to capture Morey's killer and further entrench the division between rich and poor.

A gripping true crime tale, A Murder in Our Town reveals the curious juxtaposition of the privileged and poor in small-town America.

What listeners say about A Murder in Our Town

Ture story of a murder in a Conniticut Town

Would you consider the audio edition of A Murder in Our Town to be better than the print version?

It is always easier to sit back and listen, expecially when driving, on trains, airplanes.

The opening, in which a dead man describes his own murder

A true crime in Salisbury CT

This book is off option and available for a film again.