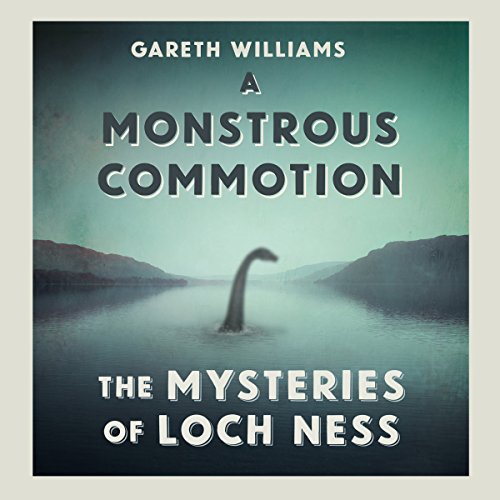 The Loch Ness monster: a creature that should have died out with the dinosaurs or a legend built on hoaxes and wishful thinking?

Sir Peter Scott, internationally renowned naturalist and president of the World Wildlife Fund, was convinced that the monster existed. So were senior scientists at London's Natural History Museum and Chicago University; they lost their jobs because they refused to renounce their belief in the creature. For decades the scientific establishment was determined to quash attempts to investigate Loch Ness - until Nature, the world's greatest research journal, published an article by Peter Scott featuring underwater photographs of the monster.

Drawing extensively on new material, Gareth Williams takes a wholly original look at what really happened in Loch Ness. A Monstrous Commotion tells the story as never before: a gripping saga populated by colourful characters who do extraordinary things in pursuit of one of evolution's wildest cards.

Meticulously researched and dazzlingly written, this book will appeal to anyone fascinated by nature and its mysteries - and to everyone who enjoys a beautifully crafted detective story with a strong cast of heroes and villains, plenty of twists and an unexpected ending.

What listeners say about A Monstrous Commotion

Thorough Review of the Topic

A very comprehensive review of the entire topic of the Loch Ness Monster. The author describes and thoroughly nvestigates each siting, including the circumstances, the plausibility of the witness , etc. This is a long book due the detail and long period of history of the Monster. In the end the author examines whether the Monster is truth or myth. You' ll need to listen till the end to find out!

Intriguing, amusing, but a bit too long!

A very thorough journey through the history of Nessie 'sightings' mainly beginning in the 1930s when a spate of reports led to expeditions to the Loch, both academic and amateur, through surges of interest in the '60s and '90s. The characters in the chase to prove once-and-for-all the existence of a monster and just what it really was are examined in fine detail. Hopeful tourists continue to flood in, but Loch Ness is still holding on to its mystery.

Sir Peter Scott actually gave the monster a scientific name in the hope that it could be officially protected from over-enthusiastic hunters - a name with a rather unfortunate anagram.

Nessie hunters come in all guises, and some with ingenious ideas (and inventions). Careers and reputations have been made and lost for the cause. So many characters that, about two chapters from the end, my attention began to wander - there is only so much a reader can take in!

It started out really good but....

I strongly recommend the guest 20% of the book. After that stop. It's soooooo boring and just rambles on with no point. I wish I'd stopped earlier so that I could have returned it.

A Monstrous Commotion about nothing.

It traced the history and then explained why the monster is unlikely to exist.

Which character – as performed by Andrew Cullum – was your favourite?

Don't have a favourite.

I found this book difficult to follow as there were so many characters and lots of information. will need to listen to it more to really get to grips with it all.