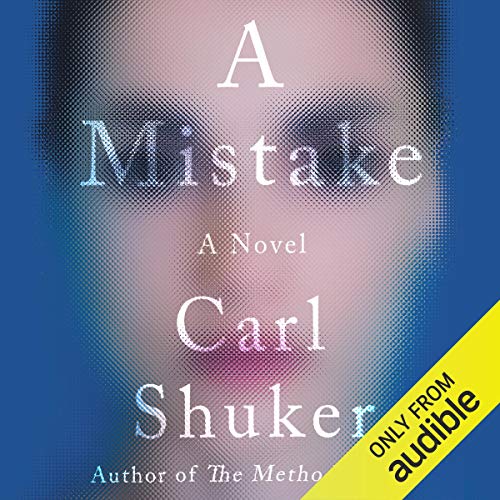 In medicine, a single mistake in an otherwise spotless career can determine the rest of your life - even if the mistake was not your own.

Elizabeth is a gifted surgeon - the only female consultant at her hospital. But while operating on a young woman with life-threatening blood poisoning, something goes horribly wrong. In the midst of a new scheme to publicly report surgeons' performance, her colleagues begin to close ranks, and Elizabeth's life is thrown into disarray. Tough and abrasive, Elizabeth has survived and succeeded in this most demanding, palpably sexist field. But can she survive a single mistake?

A Mistake is a gripping procedural thriller about powerful women working in challenging spheres. The novel examines how a survivor who has successfully navigated years of a culture of casual sexism and machismo finds herself suddenly in the fight of her life. When a mistake is life-threatening, who should ultimately be held responsible?

Carl Shuker has produced some of the finest writing on the physicality of medical intervention, where life-changing surgery is detailed moment by moment in a building emergency. A Mistake daringly illustrates the startling mix of the coolly intellectual and deeply personal inherent in the life and work of a surgeon.

What listeners say about A Mistake

Sadly, I didn’t get very far with this one. It is badly written. Almost ever sentence has “she said” or “he said” in it. That is so distracting that I couldn’t get past it. The narration is good quality,