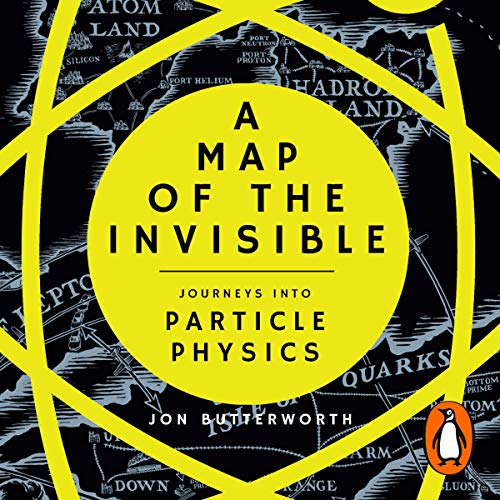 A Map of the Invisible

What is the universe made of? How do we know? And what don't we know yet? Over the last 60 years, scientists around the world have worked together to explore the fundamental constituents of matter and the forces that govern their behaviour. The result so far is the Standard Model of elementary particles: a theoretical map of the basic building blocks of the universe. With the discovery of the Higgs particle in 2012, the map as we know it was completed but also extended into strange and wonderful new realms.

A Map of the Invisible is an explorer's guide to the Standard Model and the extraordinary world of particle physics as pioneering physicist Jon Butterworth charts the terrain of atoms and quarks, electrons and neutrinos and the forces that shape the universe. Step by step, discovery by discovery, we journey into the world of the unseen, from everyday physics to the latest research, from the smallest particle to black holes and dark matter and beyond to the outer reaches of the cosmos and the frontiers of human knowledge.

As the journey progresses, A Map of the Invisible provides an essential introduction to our world and to particle physics. It is a landmark work of nonfiction by one of the great scientists and science writers of today.

What listeners say about A Map of the Invisible

I didn’t get the analogies of ships, aircraft, airports and islands. Weird and quite annoying.

Did no-one familiar with physics listen to this before publication? Richard Feynman mentioned three times in first few chapters, but reader pronounced it "Fay" instead of "Fine". One of the best known physicists of the 20th or any other century and you get his name wrong. Crashes the gears for me and spoils the story as I wait for the next mistake. J