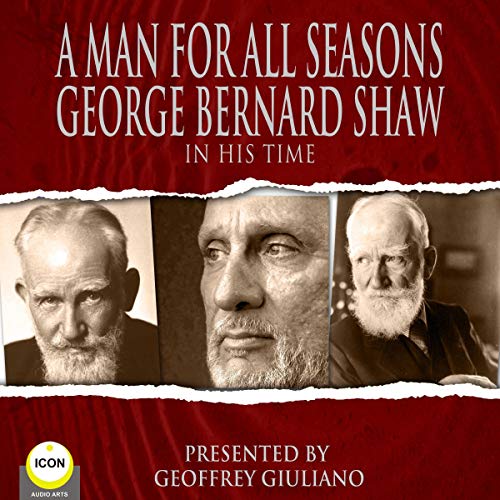 A Man for All Seasons - George Bernard Shaw in His Time

George Bernard Shaw was an Irish playwright, critic, polemicist, and political activist. His influence on Western theatre, culture, and politics extended from the 1880s to his death and beyond. He wrote more than 60 plays, which included major works such as Man and Superman. With a range incorporating both contemporary satire and historical allegory, Shaw became the leading dramatist of his generation. Since his death, he has regularly been rated as second only to Shakespeare among British dramatists.

Here in this exciting audiobook experience, you will find the very best of George Bernard Shaw’s vibrant personality and inspirational words. A rare audiobook adventure!

Geoffrey Giuliano is the author of 32 internationally best-selling books published by the biggest publishers in the world from 1984 till today. He is also an acclaimed Hollywood film actor, director, designer, and is the voice on over 500 popular audiobooks.