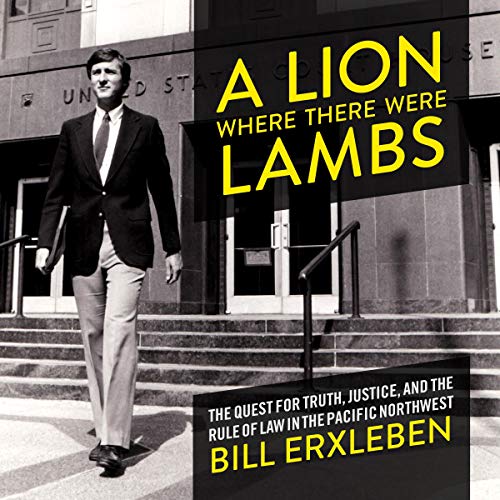 A Lion Where There Were Lambs

The true story of a crusading lawyer willing to risk his career and reputation in some of the most famous cases in Pacific Northwest history.

Referred to by a political commentator as "Front Page Bill" for his headline making exploits, Bill Erxleben was an anti-corruption federal prosecutor, consumer protection and environmental champion. He would take on vested interests and the federal bureaucracy and win national acclaim for his zealous commitment to the public interest.

Politicians and industry representatives upset with his outspoken manner and vigorous enforcement of the law, called for his dismissal three times, including several requests that went all the way to the White House and Congress. Erxleben discloses new details about some of the most famous, headline-breaking legal cases in the Pacific Northwest.

This fascinating story is packed with regional history, national intrigue, and lessons from the past that directly apply to today's current events.

What listeners say about A Lion Where There Were Lambs