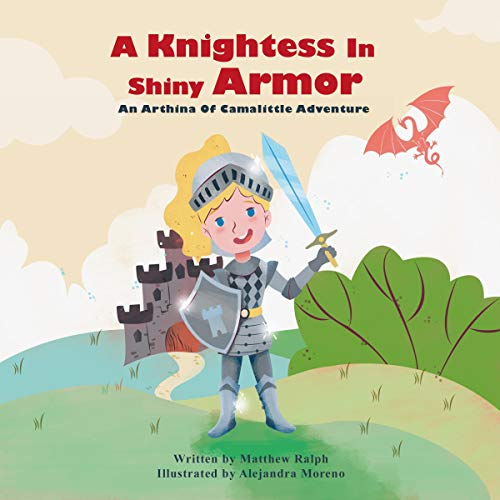 A Knightess in Shiny Armor

Join Arthina on her quest to defeat a terrible dragon and rescue a captured prince.

Princess Arthina, knightess of Camalittle, has sworn to protect the kingdom and earned her place at the Square Table with the other knights. There's just one little problem: Her over-protective parents won’t let her go on any adventures!

Things get interesting for Arthina when she discovers that poor Prince Henry of the neighboring kingdom has been kidnapped by a fearsome dragon, and she’s the only one who can help. It’s up to Arthina and Bolt, her trusted horse and best friend, to save the day.

A Knightess in Shiny Armor is a fun twist on several classic fairy tales and flips gender stereotyping on its head. This short but fast-paced chapter book will empower children to be unique and think for themselves.

Click on the "buy now" button to get the audiobook now.

What listeners say about A Knightess in Shiny Armor