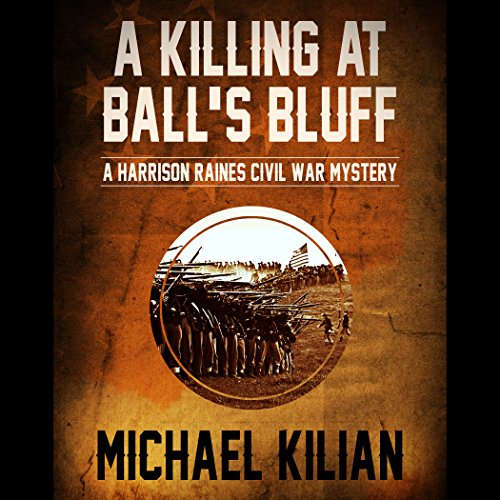 A Killing at Ball's Bluff

Harrison Raines is caught in no-man's-land - and suspected of murder.

The messenger finds Harrison Raines in one of the finest gambling halls in Washington. As usual, Raines is losing. Union intelligence demands his presence immediately - it's a matter that could affect the outcome of the Civil War - but Raines delays. He's holding four eights, and as a Southern dandy who renounced his family to serve the Union government as a secret agent, Raines can't resist a bet. But as soon as he finishes this hand of poker, Raines will be gambling with more than cards - he'll be wagering his life.

Abraham Lincoln is a close friend of Colonel Baker, and he orders Raines to guard the colonel on the battlefield. But in the chaos of Ball's Bluff, Baker refuses to take cover from enemy fire. When Baker is cut down by a Confederate riding a white horse, Raines is a prime suspect in the murder and must clear his name or risk being a fugitive from both sides of the Civil War.

A Killing at Ball's Bluff is the second book in the Harrison Raines Civil War Mysteries, but you may enjoy the series in any order.

What listeners say about A Killing at Ball's Bluff