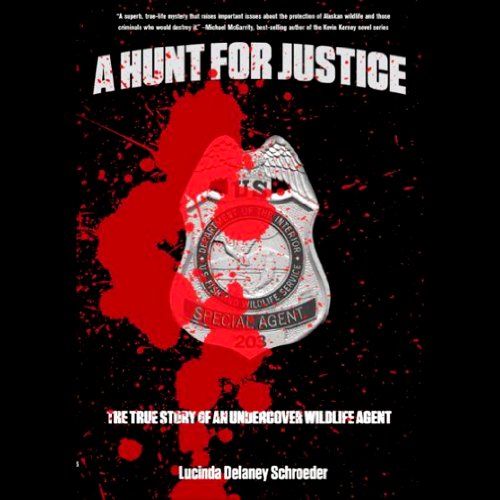 A Hunt for Justice

For 30 years, Lucinda Delaney Schroeder held an unusual government position: She was one of the handful of women special agents with the U.S. Fish and Wildlife Service. In August 1992, she accepted an assignment that forever changed - and endangered - her life. She posed as a big-game hunter in Alaska in order to infiltrate an international ring of poachers out to kill the biggest and best of that state's wildlife.

A Hunt for Justice recounts her dramatic story - a story she was not legally permitted to write about until her retirement in 2004.

What listeners say about A Hunt for Justice

I'd recommend it. If you're interested in AK and big game it's a good fit.

This is a great story of an investigation into wildlife crimes and a woman's explanation of what it take to be the first to break an incredibly tough glass ceiling. The narrator is strong, and the story is well written and edited. I highly recommend this book.