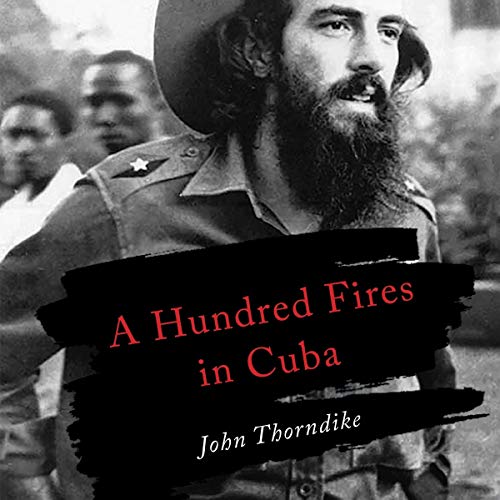 A Hundred Fires in Cuba

In the spring of 1956, a young American photographer falls in love with a Cuban line cook in New York. They have a 10-week affair that ends when Immigration arrests and deports him, and by then Clare Miller is pregnant. Few Americans know the name Camilo Cienfuegos.

All Cubans do. He was the most charismatic of Castro’s rebel commanders. But Clare, who never hears from him after he’s deported, believes he has died in Fidel’s invasion of the island. She marries a wealthy Cuban businessman and moves to Cuba with her two-year-old daughter, only to discover that her first love is not only still alive, he’s head of the Cuban army.

Clare knows that Camilo likes to dance and drink. He likes women, and too many women like him. Though his courage is legendary, when he comes to visit at night he’s afraid of his daughter’s moods. He feeds her, he reads to her, he changes her diapers, but for him an all-night march would be easier. Clare worries that he’ll never make a good parent, but she cannot resist him.

What listeners say about A Hundred Fires in Cuba

Cienfuegos was the forgotten revolutionary - Well there are certainly some history to be learned from this book it is not really clear where fiction and nonfiction separate. The last third of the book tends to drag a bit but people interested in Cuban history should definitely take a listen.