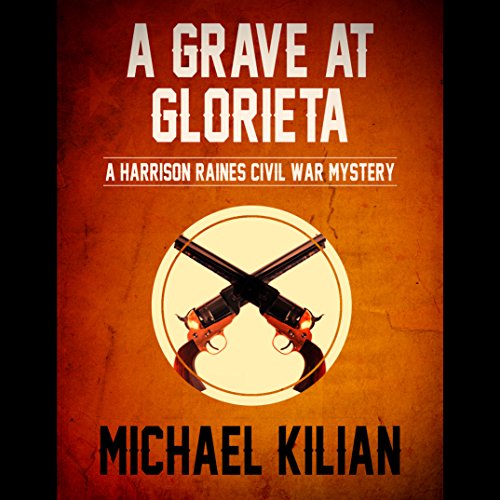 A Grave at Glorieta

Harrison Raines struggles to keep the Civil War from overtaking the West.

It's 1862, and the Civil War hangs in the balance. Although the Union has beaten back the Southern armies in the East, the Confederacy is intent on opening new fronts to the west - and perhaps securing British support to widen this ugly conflict into a world war.

To contain the rebellion, Abraham Lincoln's secret service sends exiled Virginian Harrison Raines to Texas to gather intelligence about a planned Confederate invasion of New Mexico. Raines has never been west of the Mississippi, and he will find Texan hospitality rather rougher than he expected. When the hero of the Battle of Glorieta Pass is killed, Raines' only friend in Texas is accused of the crime. To save his friend's neck, Raines must find the real killer - or risk never making it back to Virginia alive.

A Grave at Glorieta is the fourth book in the Harrison Raines Civil War Mysteries, but you may enjoy the series in any order.

What listeners say about A Grave at Glorieta

Talented narrator, great accents, perfect timing. The places are real, characters are fun and only the Texans are nasty!