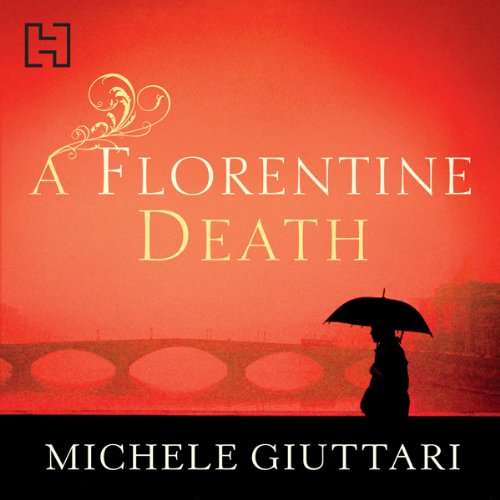 Chief Superintendent Michele Ferrara knows that the beautiful surface of his adopted city, Florence, hides dark undercurrents. When called in to investigate a series of brutal and apparently random murders, his intuition is confirmed. Distrusted by his superiors and pilloried by the media, Ferrara finds time running out as the questions pile up. Is there a connection between the murders and the threatening letters he has received? Are his old enemies, the Calabrian Mafia, involved? And what part is played by a beautiful young woman facing a heart-rending decision, a priest troubled by a secret from his past, and an American journalist fascinated by the darker side of life? Ferrara confronts the murky underbelly of Florence in an investigation that will put not only his career but also his life on the line.

"...has all the hallmarks of becoming a classic of the genre - a highly atmospheric tale of murder, the mafia and the rarely explored criminal underbelly of Florentine life…Ferrara is set to run and run." ( Mirror)
"An exceptional thriller and I’d wager a handy sum that Michele Ferrara will be with us for some time to come." ( Evening Herald)
"Giuttari shapes his knowledge and experience into a cracking page-turner." ( RTE Guide)

What listeners say about A Florentine Death

CAN'T UNDERSTAND A WORD THE NARRATOR IS SAYING!

I'm going to "BEG" for my money back because the narrator sounds like he's drunk or is chewing marbles. Either that or I've gotten some kind of bad recording. HELP! I'm seriously calling audible and asking them for a refund.


I found myself wishing that the editor had used a black pencil more vigorously on the portraiture of some of the characters, but Mr. Giuttari has created memorable people in this first book. All eminently worth following in the subsequent 5 volumes.

Bit of a silly ending after a not too bad story

Bitt of a silly rushed ending after a not too bad story. Why rush the ending ?