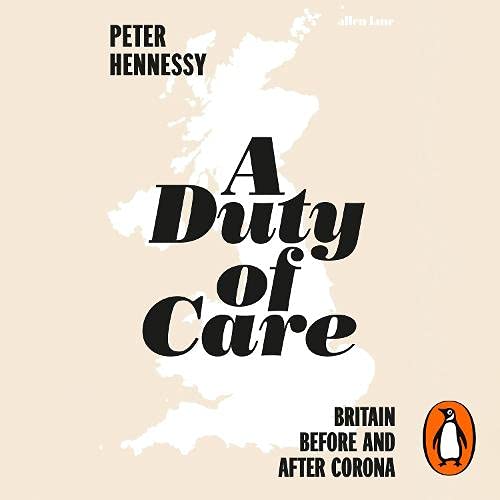 A Duty of Care

The 'duty of care' which the state owes to its citizens is a phrase much used, but what has it actually meant in Britain historically? And what should it mean in the future, once the immediate COVID crisis has passed?

In A Duty of Care, Peter Hennessy divides post-war British history into BC (before corona) and AC (after corona). He looks back to beginnings when, during wartime, Sir William Beveridge identified the 'five giants' on the road to recovery: want, disease, ignorance, squalor and idleness and laid the foundations for the modern welfare state. Hennessy examines the attack on the giants after the war and asks what the giants are now, and calls for 'a new Beveridge' to build a consensus for post-corona Britain with the ambition and on the scale that was achieved in the decades after the Second World War.

What listeners say about A Duty of Care