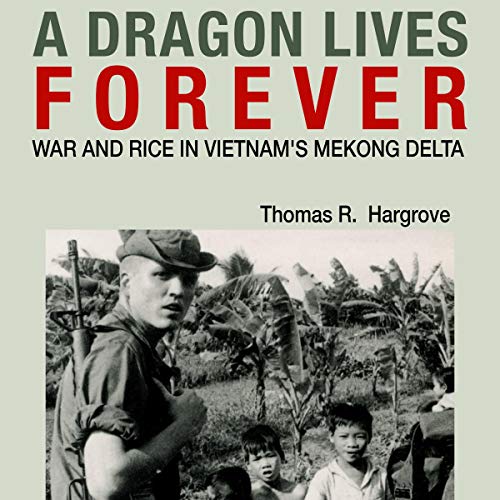 In June 1969, Tom Hargrove arrived in Vietnam as a first lieutenant in the US Army. But he wasn’t just there to make war against the Viet Cong and North Vietnamese armies. Hargrove was also there to introduce improved rice varieties into the war-torn region.

This unique memoir tells of Hargrove’s efforts to improve the everyday lives of the Vietnamese, even as he was calling in B-52 strikes against opposition forces. It also relates the story of his return to Vietnam in 1988 and 1990 to observe the progress of the “green revolution” he had helped initiate with the introduction of “miracle rice”.

In a dramatic twist, his guide on both visits had been a local Viet Cong political officer: a man who could have had Hargrove killed. The rice had improved the lives of the people of the land and preserved the life of Tom Hargrove, though he hadn’t known it at the time.

This account of the US Army’s attempts to win the hearts and minds of the Vietnamese people - an attempt that failed strategically but ultimately achieved its humanitarian goals - is a vital contribution to the ongoing history and literature of the Vietnam era. Hargrove’s dramatic juxtaposition of the sword and the plowshare brings into sharp contrast the paradox of this pivotal time in history.

“Tom Hargrove delivers the most accurate depiction of those special Aggies that I've ever seen, exploring why they were driven to serve and, all too often, die for freedom.” (Rick Perry, Governor of Texas)