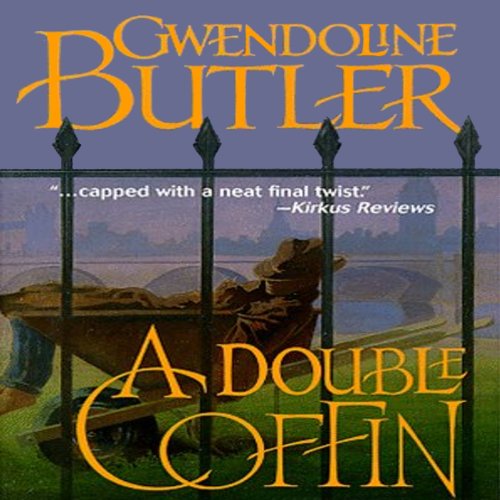 English mystery writer Gwendoline Butler (1922-2013) found a brilliant muse in her fictional hero John Coffin, London's Second City police commander. He starred in 34 of her mystery novels and helped her earn the Crime Writers’ Association’s Silver Dagger Award. In A Double Coffin, her protagonist is caught between investigating past and present murders.

Actor Nigel Carrington admirably performs the novel with a chill hint of menace beneath his eloquent London accent. Carrington is responsible for performing the entire Coffin canon, thus he intimately knows the mind and eccentricities of his fictional subject, a familiarity that registers to a listener as eminent narrative authority.

John Coffin takes on the case of a man who claims his father was a serial killer and that as a boy he helped his father bury a victim. Coffin agrees to try to find the body, but then a woman reporter is found dead after digging into the man's past.

What listeners say about A Double Coffin