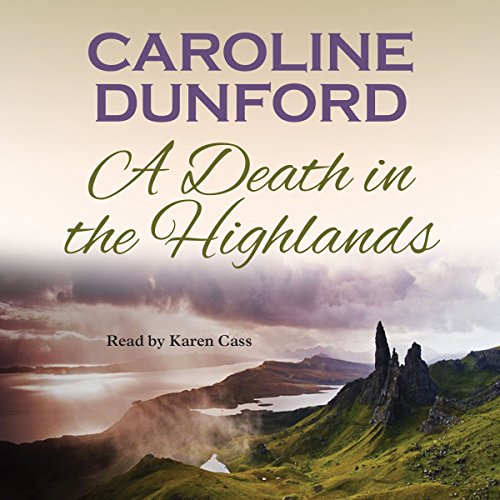 A Death in the Highlands

A Death in the Highlands

The second book in the Euphemia Martins Mysteries finds Euphemia temporarily promoted to housekeeper for a trip to the family's new hunting lodge in the Scottish Highlands. She is fascinated by handsome, intelligent Rory Macleod, the new butler.

Taking on her new role, she encounters angry locals with a grudge against the Staplefords and thwarts what she believes to be an attempt on Bertram Stapleford's life. A strange group of houseguests arrive for the Glorious Twelfth but with disastrous consequences. Euphemia finds herself caught in the midst of bitter rivalries and evidence pointing to different murder suspects. And how will her relationships with Bertram and the handsome Rory unfold?

What listeners say about A Death in the Highlands

I love Eugenia's charature. Smart, strong, kind. She's constantly looking for clues. She gets herself into situations but finds a way out. This book is worth the read. I listened in Audible.

a death in the highlands

found this book enjoyable and cannot wait for the third book .this book set in the highland also bring back memories of Scotland good story