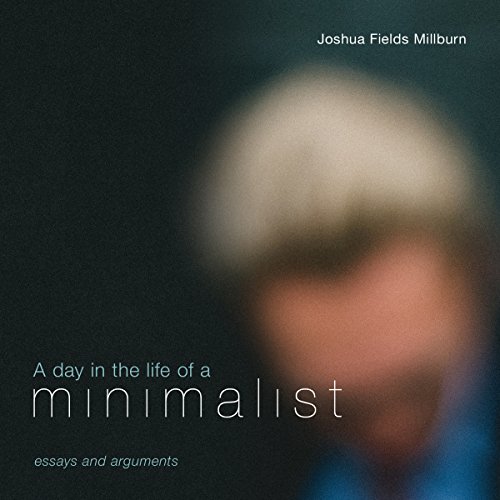 A Day in the Life of a Minimalist

At age 30, Joshua Fields Millburn left his six-figure career, ditched most of his material possessions, and started focusing on life's most important aspects. Once he embraced his newfound minimalist lifestyle, he never looked back.

Suffice it to say, everything has changed in Millburn's life in the last three years. After his mother died in October 2009 and his marriage ended a month later, he began questioning everything in his life: his material possessions, his career, his goals, his health, his relationships, his path in life. Soon he discovered minimalism.

In the three years since the author adopted a minimalist lifestyle, he has written more than 300 essays about minimalism and intentional living. He has written about his journey, his failures, his lessons, and everything he has learned during his transformation.

A Day in the Life of a Minimalist is a collection of his best, most important individual writings - rethought and edited specifically for this collection. This book contains 50 essays about living a meaningful life with less stuff, including “The Short Guide to Getting Rid of Your Crap”, “The Commodification of Love”, “Letting Go of Shitty Relationships”, and the title essay. Collectively, these essays are purposefully organized into nine sections - lifestyle, goals, experiments, clutter, relationships, changes, philosophy, consumer culture, and work - covering a variety of topics, viewpoints, and arguments within those themes.

Also included are a special forward written by Colin Wright (the man who introduced Millburn to minimalism) and an introduction by Joshua Fields Millburn, as well as two unpublished essays that can't be found anywhere else: “What If Everyone Was a Minimalist?” and “Work-Life Balance”.

These essays were written to encourage listeners to think critically about the excess in their lives, and ultimately, to take action towards living more intentionally. This collection is short enough to be read in a few sittings, or it can be digested slowly, listening to one essay a day for nearly two months, applying its principals each day to your own life.

After recently being introduced to The Minimalists, Joshua Fields Millburn & Ryan Nicodemus, I was hoping this book would be helpful and inspiring. What I found instead, at least in this audio version, was a narrator. Mr. Simon Whistler, with a sleepy English voice that has made this version boring and tiring to listen to. While I'm sure this book would be a good read, the "voice" is uninspiring, and I focus more on Mr. Whistler than on the subject.

The only book on minimalism you'll ever need

Over the years, I've listened to this book many times. It always brings me calm.

But quite repetitive and the narrator is mind-numbing. Good, practical information on scaling down and honing a life geared toward passion instead of living for the grind.

I would have given this book five stars for content, but the narrator is extemely annoying (too slow and a bit pretentious), and I might have to stop listening and buy the book instead - although that wouldn't be very helpful in reducing the clutter!