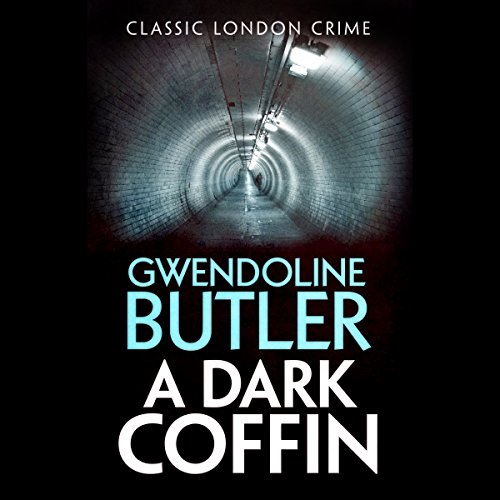 Narrator Nigel Carrington excels in creating distinct and recognizable voices for the various characters in this mystery featuring Commander John Coffin. A colleague from Coffin's early days in the police service appears with ominous warnings about his identical twin. Then Coffin's wife, the actress Stella Pinero, finds two bodies after an opening-night performance. But the identities of these twins and couples turn out to be more complicated and dangerous than Coffin expected. Carrington deftly applies his rich tones to enhance the convoluted twists of this unpredictable thriller.

Marriage is proving anything but dull for Commander John Coffin, keeper of the peace in London's Second City. With grande dame of the stage Stella Pinero in his life, Coffin's days lack no drama. When the curtain comes down on opening night in Stella's newly transformed theater, Joe and Josie Macintosh are found stabbed to death in their theater box. A curious note left next to their bodies reveals that Joe and Josie Macintosh have carried out a suicide pact.

But the couple's double suicide follows closely on the heels of an unexpected visitor from Coffin's past: Inspector Harry Trent. Coffin worked with Trent years ago, and now Trent is searching for his identical twin brother - a dangerous man; a man who might already have killed a woman; a man Trent fears might have threatened violence to the Macintoshes, the couple who fostered the twins as children.

Coffin quickly realizes that the illusions of the theater mean that nothing is as it seems; such is the case in the Macintoshes' apparent suicide. As Coffin investigates the couple's death, he learns he must find not only their killer but also their true identities.

And then there is the persistent, looming question: Who is Harry Trent and what is he capable of doing? The answer lies in the past - bizarre, terrifying, and horribly real. . .Coffin will find Stella's knowledge of the theater indispensable if he is to solve this mystery of Jekylls and Hydes on both sides of the footlights.

What listeners say about A Dark Coffin